Do you know why you should not ignore pain when felt from any part of your body? Pain is often an indicator of an underlying tissue injury. It is mostly what draws the patient’s attention to an ongoing internal damage, early enough for him to seek help and hence get prompt intervention.

Pain is thus an all-important symptom that should not be neglected, especially when it is persistent or recurrent. Being one of the earliest symptoms of underlying tissue damage, like a sentinel, it alerts the body of impending danger early enough for prompt action and intervention.

Dismissal of pain, with fragrant disregard, or “putting up” with it, could prove fatal in the long run, especially when vital areas of the body, like the chest, and the head, are involved. No pain should go unaddressed, no pain should be left to linger for long investigated, else the injured tissue sending out the distress signal might deteriorate into something more sinister than the initial injury.

It is also important to note that analgesia [pain relief], while providing desired temporarily relief, may not address the underlying problem, nor halt the cascade of events the endpoint of which may be vital organ damage. It is important you bear this in mind while popping those pills.

Why you should not ignore pain -A case study

This case study is to give you an idea of why you should not ignore pain. While this case used a heart attack as an example, ignoring pain could mean ignoring the signs of other chronic diseases or serious acute conditions.

She was brought in by the cab that she had boarded on her way to the market. Inside were her motionless body, the cab driver, and impeccably dressed gentle man who was sitting near to her. The other passengers had gone to their various businesses.

One look at her, I knew she was already gone. But I had to make sure. So, I gloved up, and set to work: The pupils were fixed and dilated. There was no palpable pulse. No respiratory effort. And the body was already turning cold. Ergo, she was clinically dead.

What could have killed her inside a cab, and while on her way to the market? If she were that sick, she would not have been so beautifully dressed up for shopping. Get the drift?

The impeccably dressed young man, who was sitting near her, and had witnessed everything described what had happened. She had suddenly held her chest, making a fist in front of it, shouting in pain, and struggling to breathe. Then she started sweating profusely, as if someone suddenly poured a bucket of water on her. Next, she threw up. And before they could say Roger Carpenter, she was dead. Everything happened so fast, 5 minutes tops, he said.

Massive myocardial Infarction (heart attack). Shit did not even give her any warning, I thought; it just went straight for her jugular. Pity.

Few minutes later, when the family came to claim her corpse, I learnt that she’d been having RECURRENT chest pain– that gets worse when she exerts herself, and radiates to the neck, and left shoulder– for about 6 months, and had been popping pain medications for it, and treating “ulcer.”

6 months; 24 weeks; 186 days! This woman could have been saved over, and over again. If only she heeded her body’s distress call, if only she took that distress call from her ailing heart. Pity!

Do not neglect that pain! It may be an organ in distress crying out for help.

Stop popping those pills! They only mask the symptoms; they do not address the underlying issue.

See a doctor TODAY! And get accurately diagnosed.

TIA– Transient Ischaemic Attack, is a temporary loss of certain brain functions due to transient narrowing, or occlusion, of blood vessels to the brain leading to transient oxygen deprivation in… 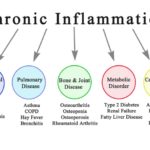