If looks could kill! The look on his face was a reflection of the anger he felt in his chest: burning, a molten magma waiting to erupt. If not for the nagging headache throbbing away like a million Vuvuzelas in a South African stadium, he would have taught this idiot some lessons. Ten minutes gone and he couldn’t take it any more— the dubious Nze [redcap chief] was still speaking with a forked tongue. Didn’t their ancestors say that a red cap chief that speaks with a forked tongue would have one cut for him by the gods? What the hell were they waiting for— the gods! Deciding to play the “gods” by himself, he sprang to his feet in one lithe movement and started hurling abuses on the top of his voice. The molten magma from his chest was erupting through a vent in him—his mouth, and was fast covering the haughty Nze with it’s fiery malevolence.

Then it happened: it started as a vague feeling in his stomach. Then he was feeling dizzy, swaying. And bam! A sharp rise in the intensity of the headache, almost as if someone smacked him with an open palm across the face, and it felt just like a thunderclap. Blackout. He let out a loud shrilling cry, fell, and started convulsing and vomiting even before he hit the floor. Needless to say, he was unconscious. And all eyes turned on the haughty Nze, accusing: the evil man must have “silenced” him diabolically!

She was in the kitchen when he called her. Funny, it almost sounded like the babble of their toddler -like he had water in his mouth or something. Maybe he was just kidding around like he always does, or he was still feeling sleepy. She went into their room to answer his call. On getting there, that “babble” was still there when he talked. Also, he seemed to be scanning, groping for words, and not finding them. Maybe it was the “cleavage” that she intentionally exposed that was working its intended magic on him; she couldn’t quite understand how it was possible for her to still have this kind of effect on him after all these years! Some effect! His mouth was also deviating to one side, and he was slurring his words. When he leaned off the table and was moving towards her, she noticed he was dragging his left leg along, and that the left hand was hanging limply by his side. That was when she knew that there was something definitely wrong.

The above two scenarios depict the two faces of stroke— the two major ways it usually presents: an overly dramatic neurologic event or a less conspicuous incident that can be easily missed.

WHAT IS A STROKE?

Stroke is sudden onset LOSS, or ABNORMALITY, of certain brain functions due to interruption of blood supply to any part of the brain.Once any part of the body is deprived of its blood supply, the tissues therein begin to experience some dysfunction. If this is unaddressed, the dysfunction would progress to total loss of function, and eventually tissue death would invariably occur.The brain is no exception to this rule: in its own case, that “dysfunction” or “loss of function” is called a stroke.

troke is divided into 2 types BASED ON THE MECHANISMS by which blood supply to the affected parts of the brain is lost.

The 2 major types are;

In this type of stroke, a blood vessel supplying part of the brain ruptures with resultant bleeding into the brain or its surroundings, thus depriving the affected area of blood, oxygen, and nutrients. This is usually DRAMATIC and tends to occur at the peak of strenuous activity. An example is the “Face 1 ” scenario above, where the victim was shouting at the top of his voice.

ISCHAEMIC STROKEIn this type, a blood clot forms inside a vessel, blocking it, thus cutting off the part of the brain the vessel supplies from receiving optimal supply of blood rich in oxygen and nutrients. This is usually less dramatic and tends to occur at rest. Example is the “Face 2” scenario above, where the man woke up from sleep with a stroke.

HOW TO RECOGNIZE A STROKE INSTANTLY

Following a stroke, the likelihood of FULL RECOVERY of brain functions is time-dependent.If treatment is started within 3hours of occurrence— especially for ischaemic stroke— the chances of full recovery is very high.This however declines rapidly with time.

Owing to this, a FAST and easy way of recognizing stroke rapidly has been developed using the acronym F.A.S.T:

F-Face: Ask the person to smile. Does one side of the face droop, or sag?

A-Arms:Ask the person to raise both arms. Does one arm drift downward or sag? Or are they completely unable to raise one arm?

S-Speech:Ask the person to repeat a simple phrase. Is their speech slurred or strange?

T-Time: If you observe any of these signs, make arrangements to take the person to a hospital IMMEDIATELY!

Depending on the type of stroke, and the part of the brain involved, the possible features of stroke include, but are not limited to:

These can be divided into Modifiable and Non modifiable risks.

These are risk factors that are intrinsic attributes of the individual, and are therefore permanent, and cannot be changed. They include:

These are risks that are “man-made”— either brought on by disease, unhealthy lifestyle, or both— and are therefore termed “modifiable risks” since diseases can be treated, and lifestyles can be changed.They include:

Targeted mainly at the modifiable risk factors, as the non-modifiable risks are immutable and cannot be altered. From the above listed modifiable risks, the preventive measures can readily be deduced and can be summarized as follows: 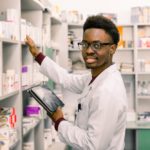 Table of Contents How can I work as a pharmacist in the UK?Step 1: Assessment of eligibility to join the OSPAP course by GPhCEligibilityHow does your pharmacy qualification compare with…

Table of Contents Tips for having a healthy pregnancyTip 1: Find and Visit an ObstetricianTip 2: Consider Lifestyle ChangesTip 3: Vitamins and PrescriptionsTip 4: Visit a Dentist In this post,… 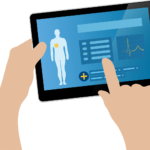