The simple definition of sepsis is that it is an extreme and life threatening response to an infection by the body. It is a medical emergency that requires urgent medical attention.

Sepsis with Pneumonia and other infections

Sepsis can start as a variety of infection like pneumonia, urinary tract infection or appendicitis. Septic shock is a very common complication of pneumonia.

The tragic case of Ifedolapo Oladepo

What are the signs and symptoms of sepsis?

The signs and symptoms of sepsis include

What are the three stages of sepsis?

The three stages of sepsis are;

Urine sample may be collected to check for infection.

Your doctor may also request

Management and treatment of sepsis

BUFALO is the acronym used to help remember the management and treatment of sepsis and should ideally be completed within one hour of recognising the symptoms of sepsis and red flags. It which stands for:

NO, sepsis is not contagious.

Yes, Sepsis can be treated.

Yes, sepsis is a life threatening condition that can be fatal.

Click polycystic ovary syndrome (PCOS) to read more about PCOS, its symptoms, treatment and management. This is a post discussing a pcos case study. Pcos case study The nurse’s initial…

Table of Contents The objectives of the National Health Insurance Scheme (NHIS) Scheme are to:The Act that established NHIS states that the Scheme shall be responsible forFORMAL SECTOR SOCIAL HEALTH… 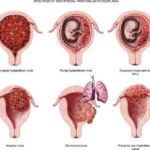 Have you got any suggestion for us, drop us a message.