Some patients who have restless leg syndrome can describing it as waking up and feeling like they have had a fight throughout the night.

He wakes up most mornings feeling tired and exhausted, more tired than he was before going to bed. Sleep for him wasn’t restorative. He wakes up feeling as if he fought throughout the night. That was initially figurative until he started seeing scattered bedspreads, and actual wounds on his legs: pieces of evidence that he’d actually been in a fight the night before.

Who does he wrestle with at night? A question yet unanswered. But whoever it is, the person must be powerful. For the aftereffects of the fights follows him throughout the day. Exhaustion. Sleepiness while on the steering. Dozing off once he gets the chance to. And excruciating pains, burning sensations in his legs.

With all the evidence, he still had some reservations, doubts that he was fighting any unseen force in his sleep. Such doubts were however laid to rest by the girlfriend, when she came for a sleepover. He woke up in the morning to listen as the girlfriend narrated her horrifying experience the night before: few minutes after he slept off, his legs had started moving on their own. Slowly at first, then it later turned into intermittent jerks, and then kicks “aimed at an unseen force!”

That was the last straw. If someone actually witnessed the fights, then it wasn’t just in his head; it was real, and he needed to visit Baba ASAP! Baba was sure it was the spirits, demons belched from the underworld who comes to wrestle him at night. He was also sure that they would never stop, not until he takes to the ways of his fathers, or at least appease them. He did the later, but the demons seemed unappeased, for they continued disturbing him.

The next time he came for his ARV drug pick up, he decided to consult Ortwer Gbim Gbim, a high priest of the gods of modern medicine; me. He was sitting in my consulting room when he told me the story you just read.

What is Restless Leg Syndrome?

Restless leg syndrome is a condition in which there is an irresistible urge to move the legs due to perceived discomfort, or excruciating pain in the legs. The discomfort may be in the form of a “weird feeling,” cramps, crawling sensation, tingling, burning sensation, etc.

During the day, the sufferer feels such discomfort, and usually prefers to be walking around, or moving the legs when at rest; as leg movement usually relieves symptoms.

At night, or during sleep at anytime, because the legs are still, the pains worsens, “awakening” the brain, which in turn initiates involuntary leg movement in an attempt to mask the pain [note that what actually accounts for the movements may be a spinal cord reflex triggered by pain, more like the withdrawal reflex]. This continues, until the patient enters REM sleep, which is usually characterized by a form of “paralysis” [the reason you don’t act out your dreams], and movement stops.

The restlessness of the legs, and intermittent interruption of the normal sleep cycle, albeit partially, makes the patient to have a non restful sleep, with the consequence that he wakes up not feeling rejuvenated or well rested, and spends the whole of his day feeling exhausted, sleepy, and sleeping off at the slightest opportunity.

Causes, risk factors, and associations of restless leg syndrome include

In the case above, the identifiable cause was Peripheral Neuropathy. And the Demons were sent back to Abyss with a few pharmacological preparations. I am Dante, the Demon Slayer. Hoo-yah!

Announcement of conception is often a thing of joy in many households. It is then followed by preparations and planning, as though awaiting the arrival of the president of a…

Table of Contents What is DNA?Prenatal paternity DNA testingCan a DNA test be done during pregnancy in Nigeria?AmniocentesisPossible side effects AmniocentesisChorionic villus sampling (CVS)Reasons why DNA testing may be requiredDNA… 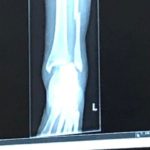 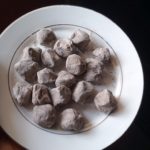