What is Prostate Cancer?

Prostate cancer which is also referred to as Cancer of the Prostate [ CaP] is a malignant transformation of the cells of the prostate gland into cells with the ability to proliferate uncontrollably, erode into surrounding tissues/organs, and the potential to spread to other parts of the body.

It is about the most common cancer in men and the leading cause of cancer-related death in men. It is estimated to affect about 127 to 180 in every 100,000 men in Nigeria. And the mortality rate in Nigeria, as of 2014, was estimated to be as high as 80%. And this is largely due to late presentation and diagnosis.

The urgency in his steps as he hurried to the restroom was unmistakable. This was the 4th time the 65-year-old CEO had excused himself from the ongoing meeting.

As he banged the door behind him, he could still hear the murmuring from the board members he left behind. With trembling hands, he unzipped his trousers and brought out his junk to pee. Then began the wait, as the urine refused to come.

For the past 6 months, he had been having some difficulty urinating. His urine flow had been reduced, coming out in trickles, like a child’s. He had to strain forcefully, sometimes grunting with effort, to be able to urinate.

As time passed, he started having pain in his lower tummy, burning sensation on urination and making use of the toilet more frequently than he used to.

Over the last few weeks, he had started losing appetite, and as a consequence, he had also started losing weight, so much that people were beginning to ask him if he was alright. He had made a mental note to visit his GP, but something more important always seemed to come up whenever it was time.

After some 15 to 30 seconds of waiting, the urine finally came as a crimson fluid from his urethral opening; he was peeing blood! And that was when he knew that it was high time, he went to see a doctor. Whatever it was that made him pee blood must definitely be a serious issue.

Structure and Function of the Prostate

The prostate gland is an organ– about the size of a walnut, measuring 4cm in length, and 5cm in width– situated in the male pelvis.

It lies immediately below the bladder, surrounding the urethra [the tube through which urine from the bladder flows to the outside] like a fist wrapped around a tube.

Its function is to produce prostatic fluid, which is a major component of the seminal fluid [semen]. It also plays a role in ejaculation.

The prostate gland, under the influence of Testosterone, grows bigger with age. This may lead to the formation of a non-cancerous, but troublesome growth called Benign Prostatic Hyperplasia [BPH], which has symptoms similar to that of CaP.

Unfortunately, most of the major risk factors for CaP are NON-MODIFIABLE. This means they are factors that are constant if they are present; and no degree of precautions, or lifestyle modifications, would change them.

These factors include the following.

Also, the presence of the BRCA [Breast Cancer] genes, 1 and 2, in first-degree female relatives, increases one’s chances of developing CaP. Other Risk Factors

For the purpose of convenience and easier understanding, the symptoms of Ca Prostate can be divided into the following.

Note that these symptoms [of Prostate enlargement] are roughly the same symptoms seen in the aforementioned BPH , as well as other non-prostate-related problems affecting the urinary tract [like urethral stricture]. Hence the need for a review by a Urologist, to know which is which.

CaP could lead to the following complications.

Prevention/Screening for cancer of the prostate

With an estimated mortality rate of about 80%, Prostate cancer is one of those disease where “prevention is better than cure” is more than just a mantra.

Unfortunately, most of the major risk factors are non-modifiable, so primary prevention is almost impossible, and as such of little or no use.

Fortunately, however, most cancers of the prostate are slow-growing tumors, and as such regular screening can detect them early enough so that they can be nipped in the bud, and cured before considerable damage is done.

So, EARLY DETECTION THROUGH ROUTINE SCREENING, what is called SECONDARY PREVENTION, is the mainstay of “prevention” [where prevention here means, prevention of the progression of the disease to incurable forms]

The available modalities for screening for CaP include;

[Note however, that even though a PSA level of less than 4ng/ml is “normal,” people can still develop CaP with it; the only thing is that it is RELATIVELY less likely, and almost impossible.

Men are advised to be going for the above two screening exercises once every 1 to 2 years after the age of 55. However, those with a very strong family history are advised to start as early as 45.

Definitive diagnosis is made by sending a sample of prostate tissue, obtained through a minor surgical procedure called Trucut biopsy, to a lab for histological analysis.

Depending on the stage at which the diagnosis of CaP is made, there are several treatment modalities available, including surgical, and bon surgical modalities.

In cases of a localized disease, that has affected surrounding structures, but with no distant spread, radiation therapy, and Androgen-deprivation [i.e hormone] therapy, may also come in handy.

Depending on the stage, the surgical options include;

– Radical Prosatectomy [removal of the prostate and surrounding structures]

– Orchiechtomy [removal of both testicles, as testosterone produced from the testes is what feeds the tumor. Hence this is a surgical form of hormone therapy]

Non-Surgical Options for of Prostate Cancer

With an estimated mortality rate of 80%, prostate cancer is the leading cause of cancer deaths in males.

With most of the major risk factors being non-modifiable, efforts directed at conscious prevention is of little, or no use.

Early detection, through routine screening– what is called secondary prevention, remains the key to successful treatment.

Men are therefore advised to be going for routine screening, with DRE and PSA, after the 55 year mark. 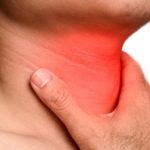