TIA– Transient Ischaemic Attack, is a temporary loss of certain brain functions due to transient narrowing, or occlusion, of blood vessels to the brain leading to transient oxygen deprivation in the brain.

It is however called a “Mini Stroke” because it spontaneously resolves on its own within 24 hours, and in most cases within the first 1 to 2 hours, without any residual neurological deficits.

In some cases, it heralds a full-blown stroke. Studies show that between 10-15% of people who suffered a TIA would go on to have a full-blown stroke within 90 days of occurrence. This figure rises up to 30% if the period of time is stretched to 5 years. For this reason, it is also called a “Warning Stroke.”

Uncontrolled hypertension is, by far, the commonest cause of TIA, and by extrapolation stroke. Because one of the perceived most important risk factors for acute elevations of BP in hypertensives is a strenuous exercise, and that sex is an overtly strenuous activity, the question often arises if sex is a risk factor for TIA and Stroke.

Well, the answer to this is not really a straight forward one. To answer the question, I would like us to consider a real life scenario first.

Last week, I had a 40 year old man present to the OPD [the outpatient department] with worries about how the morbid fear of two isolated events threatens to destroy his sexual life.

He’s had two incidents, 2 months apart, of an after-sex experience, in which he was “unable to talk, and respond appropriately” for varying periods of time.

After the first incident, he was taken to a traditionalist who performed some Voodoo-ish “amansi” and he recovered within 2 to three hours. So, they naturally attributed it to some spiritual forces.

However, as fate may have it, during the course of the second incident, there was about an hour delay. And before he could get to the traditionalist, he had already recovered all brain functions. That singular event made them realize that it wasn’t really diabolical; that the traditionalist had ridden on the wheels of luck. And the fear of a recurrence made them decide to seek medical help, to identify the cause and nip it in the bud.

In his narration, he had said that he was “unable to talk, and respond appropriately;” so I was initially thinking of a seizure event. But he was not a known epileptic and there was no features [like tongue biting, foaming from the mouth, upward rolling of the yes, urinary incontinence, nor post ictal sleep] suggestive of a seizure event. Further probing revealed that he was conscious throughout each of the two episodes, and that what he actually meant when he said “unable to talk” was slurring of speech and deviation of the mouth; and that his “inappropriate responses” was actually due to “confusion” [ an aphasia, perhaps], and he was also feeling numb on one side of the body.

On examination, his presenting blood pressure was 180/110mmHg, and there were features suggestive of a long-standing [chronic] hypertension. So what he had was most likely a TIA. The traditionalist only got lucky the first time; as a matter of fact, TIAs resolve on their own WITHOUT INTERVENTION, just as it did during the second episode.

The link with sex

Studies show that during sex, there is an elevation of both heart rate and blood pressure. On the average, the BP increases by 30 to 80 millimeters of mercury [mmHg] in females, and by 40 to 100mmHg in males, during orgasm.

In normal individuals, this hardly causes any problem. This is because, an increase in blood pressure, if not sustained, is usually not problematic. And in absolute terms, such a rise in BP would only raise the BP to around 160 to 180 mmHg, for a period of about just 5 minutes.

Also, in hypertensives with a good blood pressure control, sex rarely poses any risk. This is because, the antihypertensive effect of the drugs being taken usually keeps the BP within a reasonable limit, in such a way that the elevation during sex may not have as much effect.

However, in hypertensive with poorly controlled BP, sex may pose a significant risk for the following reasons. 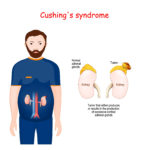 What comes to mind when you hear about tetanus? A dirty wound right? One of the first brushes the average African child has with preventive medicine is learning how to…