What is Pelvic Inflammatory Disease?

This is actually a genital infection, a Sexually Transmitted Disease that has gone beyond the vagina spreading further upwards to affect the cervix, uterus, fallopian tubes and the ovaries with serious deleterious effects on these organs.

It usually arises due to Gonococcal or Chlamydial infection and can run a chronic course if UNTREATED or POORLY TREATED.

While poor or inadequate treatment either with suboptimal course of antibiotics or herbal medications [as in the case above] may resolve the acute symptoms [like vaginal discharge, fever, vomiting …etc] giving the false impression of cure, it sets the stage perfectly for chronicity.

She was not a prostitute, she just liked sex; for all she cares that holy book could be rammed up her ass, and it still would not be a skin of her nose.

She enjoyed sex enormously, and preferred direct skin to skin contact; all that rubber gets in the way, and nothing can compare to the heightened sensitivity of the skin on skin ritual.

Sex used to be a fantasy, with each thrust levitating her, taking closer to Elysium; the deeper the thrust the more pleasurable. But these days, she preferred them playing around the outside as each deep thrust left her with pain unbearable.

Then there was this pain constantly gnawing away at her lower abdomen. It was almost always there, in the office, at home, in church …and particularly gets worse when they are going missionary and he is assuming the dominant position.

Her menses? Ugh! That! She used to dread those these days, the pain had become quite incapacitating and unbearable of late, not even the routine analgesics for menstrual cramps seems to help anymore.

And there was this ish in the office about her colleagues calling her “rest room”, as she has this unbearable urge to take a leak every 30 minutes. But she does not feel pain though, so it could not be “infection”; and her last blood sugar was normal!

She wasn’t having any vaginal discharge, no vulval itching, no fever, no anorexia …and her man hasn’t complained of any foul smell coming from ” VJ avenue, lady town “, when his tongue is on an ultimate search down there of late.

The last time she had something like that, it was “well treated” by one of those people that peddle herbal drugs in rickety cars at roadside dumps, and all the symptoms including the vaginal discharge resolved.

Maybe it was that abortion that she had the other time that had finally caught up with her . Maybe ….

The above scenario is a classical picture of the Chronic form of Pelvic Inflammatory Disease [PID].

How to recognise PID

In some cases, PID may be indolent and relatively asymptomatic [without symptoms]. It can also present with an acute fulminant course or with symptoms of chronicity.

In the CHRONIC form, symptoms likely to be present include the following:

The following symptoms, which are usually present in the acute form, MAY or MAY NOT be present;

The aetiologic risk factors predisposing to PID includes the following:

Among these, the most important risk factors are unprotected sex and multiple sexual partners.

What organisms cause Pelvic Inflammatory Disease

Suffice it to say that if you are a woman and you have had sex at all at all, you must have had some form of “PID”. Due to the “vulnerability” of the female genital tract by virtue of it’s anatomy, every single sexual act pushes organisms upward.

And these causes inflammation of varying degrees depending on the virulence [“wickedness”] of the organisms involved. The only thing, good news perhaps, is that not all these organisms are virulent enough to provoke enough inflammation and constitute considerable harm.

The organisms with considerable virulence which are thus mostly implicated in PID are Neisseria gonorrhoea and Chlamydia trachomatis.

The complications of PID ranges from potentially life-threatening changes, through life altering emotional ones to relatively unserious complications.

The good news is that with prompt diagnosis and appropriate timely course of antibiotic therapy, PID is a fairly curable disease, even in its chronic form; and so is most of the complications. But like they say, a stich in time saves nine. Also “prevention is better than cure”

How to prevent Pelvic Inflammatory Disease

The preventive measures for PID is basically the same for all STIs and can be summarised with the acronym ABCD.

I haven’t come here to preach …. so I will save that for the churches. But abstinence is a sure and effective way of staying clear of PID .

This addresses the issue of multiple sexual partners which increases the risk of STIs in general and by extrapolation PID.

However, this is not foolproof as the partner may be unfaithful, and even if he is faithful, he still may have been harbouring an STI before meeting you. Hence the need for C

The use of condom by means of forming a barrier between the genital mucosae of both parties during intercourse drastically reduces the risk of STIs and by extension PID.

Sexually active ladies should have a stack of their own condoms which they must insist the guy uses. The reason for this is simple: these guys ain’t loyal, and the guy in question may conveniently “forget” his own and the heat of passion may be too much for the sense of reason to handle.

However, the use of condom is still not 100% foolproof. Hence the need for D, which literally is medicine after “death”.

If the above measures fails, secondary prevention aimed at preventing progression of the disease with it’s attendant complications should be activated. This involves prompt diagnosis and appropriate treatment.

Note that treating an infection without eradicating the source is like a wild goose chase. For each STI treated, the sexual partners of the sufferer must be traced and treated as well else the person stands a chance of getting re infected when he/she goes back for more. 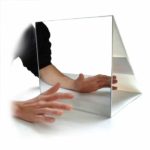