Male infertility is not talked about as much as female infertility. They have been married for 5 years now and are yet to have kids. That notwithstanding, they were still very much in love. The chemistry was very much obvious.

She has been going from place to place seeking for a solution. He has been her rock, providing her with all the emotional support she needed, and shielding her from all the arrows of persecution shot her way from the bows of his relatives, and the society at large.

Of all the places she had gone to, none was able to find any problem with her: her tubes were patent, she was ovulating fine, and her menses was a reliable clockwork– so reliable you could afford to do without calendars and still be able to tell the dates by just monitoring her cycle.

It does not matter that she has had a kid before she married him, and he had none with his ex-wife. If there was a problem, she was sure it was from her. Her rock star of a husband, her boo boo of life, the reason why all those ladies envy her, could just not be “impotent.”

Besides, she makes sure she buys him Yoghurts every other day– the pipeline needs to be refilled with oil after all those truckloads, he “distributes” to lady town. She will just have to try another doctor, after all, Boo boo is not pressurizing her.

The new doctor was a hard one who doesn’t take on any infertility issues without seeing both partners. He insisted on her Boo boo to be around and run some basic tests himself.

And when he did, they discovered that while Boo boo’s sperm count was okay, they were either of abnormal shape (Teratozoospermia) or just too weak (Asthenozoospermia) to run the marathon from the vagina, through the cervix and uterus, to fertilize her eggs in the Fallopian tubes!

Male infertility is often neglected, worldwide. In a society such as ours, nobody gives it a thought. No one even considers it a possibility.

Infertility in a couple is often viewed as a problem of the female partner, and as such, she is the one who must be seen running around looking for solutions while the rest of the society bicker at her for “failing” in her primary reproductive role as a wife. And the husband would be somewhere thinking everything is alright with him, oblivious of the fact that there may simply be no “oil” in the pipeline, or even if there was, it is “adulterated.”

I can count on my fingers the number of times a man had come with the wife to address their “joint” (yes, it is a JOINT problem) problem of infertility in a gynaecology clinic. A request for the husband to be present in these consultations is often met with sheer hostility.

But we often neglect the fact that infertility in males is often not a problem of “potency” perse, in fact, the fraction constituted by “impotence” (Erectile dysfunction) is so meagre compared to the whole lot.

And truth be told, while a sizeable percentage (30%) of infertility is attributable to the female partner, cases of inability of a couple to conceive due to infertility or subfertility of the male partner has been on the increase of late, and constitutes up to 30% of all cases as well.

So, the probability of the male factor being responsible for infertility in a couple is equal to that of the female factor, all things being equal. For this reason, then, both partners should always be investigated in every case of infertility, and so simultaneously, unless of course there are clear cut pointers suggesting that a particular partner is most likely the cause.

Infertility is defined as the inability of a couple to achieve conception, when DESIRED, despite having FREQUENT, UNPROTECTED sex for up to 365 days (one year).

From this definition we can pick the following:

Even though infertility may stem primarily from a particular partner to a relationship, it is considered a problem of couples and not of individuals. The rationale behind this is that while you may have conceived in a previous marriage, you may fail to do so in your present marriage, and vice versa.

This can be explained by two possible phenomena:

Before a couple can be classified infertile or sub fertile, the following criteria must have been met:

Conception requires a “reproductively” viable male and female. Hence the problem of infertility can stem from either partners or both.

Bearing this in mind, the percentage contribution of individual groups of causes to the total burden of infertility is as follows :

From this, we can see that males are as much “culprits” as are females, contributing about 50% (as against 55% contributed by the female factor) to the total burden.

Before proceeding to Male Infertility proper and dwelling on the causes, let us first understand the concept of Male Fertility.

Fertility in males even though often neglected, is as complex as it is in females. However, in a broad sense, it depends on three factors:

Those assesses only potency and patency, and perhaps to an extent, volume, or quantity; but leaves other important factors like quality, motility and morphology of sperm out of the picture.

This is the process of sperm production and sperm maturation.

Thus, any abnormality affecting any of these three organs, or messing up with these hormones can lead to Infertility in males.

How does an erection occur?

As stated above, the ability to achieve and sustain an erection (Potency) is very vital to male fertility. Simply put, it would be futile having good quality sperms in optimal volume, but one cannot deposit it in the female genital tract where it is needed.

Liken this to a producer who after manufacturing his goods does not have means of transportation to deliver them, and as such the goods go to waste. In the setting of sperms, they would mature form their normal tad-pole like structure and metamorphose into frogs, jumping around the testis (just kidding).

Erection depends on the following:

Thus, a problem with any of these systems can lead to erectile dysfunction and impotence. And understanding this, one could appreciate how smoking and high levels of cholesterol can lead to impotence (as these blocks blood vessels).

The mechanism of erection is as follows:

The stimulus for erection can be psychic (conjured up in the mind), visual (things seen with eyes, example a naked woman), auditory (things heard, example a moan), or tactile (touch, example stimulating the glans penis).

Whatever the stimulus, the brain sends signals to a portion of the spinal cord (called S2,3 and 4). The spinal cord via a nerve, the Nervi erigentes [nerve of erection], releases some biochemicals which causes the blood vessels of the penis to dilate [open up] and become bigger. Blood then rushes in causing the penis to swell up, become turgid, and hence “erect”.

The pressure inside a fully erect penis is approximately 200mmHg. To understand this, get a Sphygmomanometer [the apparatus used in measuring BP], tie it on your arm and have someone inflate it to 200mmHg. That is right, it’s an enormous pressure!

The causes of infertility in males are numerous and diverse, ranging from infections, through systemic diseases, unhealthy lifestyle and practices, to problems of erection and ejaculation.

In the Medical community, these causes may be classified (based on the normal flow of “information” from the Hypothalamus/Pituitary, to the Testis, and thence via a system of tubes, to the “penis”) as:

Occuring before the Testis, and affecting the so called higher centers [Pituitary and Hypothalamus]

Occurring after the testis, mainly disorders of sperm transport like obstruction of the tubes and retrograde ejaculation [ejaculating backwards]

This is when the cause is unknown.

This is either by infection of the Testis [Orchitis], infection of the “tubes” leading to obstruction and hence impedance to sperm flow; and infiltration of the higher centres by granulomatous diseases. Notorious infections associated with male infertility include:

Unlike the Ovaries, Testis and sperm production are “allergic” to heat. Hence while the Good Lord kept the Ovaries inside the body for warmth, he brought the Testes outside covered by only a thin sheet of skin, the scrotum, for easy cooling.

Thus, exposing the scrotum and testes to extreme heat can lead to “denaturation” of sperm cells and hence infertility.

Some of these drugs are:

This is the inability to achieve and/or to sustain erection.

This usually due to autonomic dysfunction [a type of abnormal nerve function] and can be seen in Diabetes. In this condition, the man ejaculates backwards, and into the bladder instead of forward and outwards through the urethra. The sperm comes out later with urine when he goes to urinate.

Both of the Testis and the Hypothalamus/Pituitary. These usually causes infertility by messing with the hormones of fertility.

PREVENTION by cutting down on the avoidable risks.

This depends on the cause of the infertility, and it’s manner of manifestation.

Example use of Phosphodiesterase Inhibitors for some of Erectile dysfunction, or Alpha sympathomimetics for Retrograde ejaculation.

The inability of a couple to conceive can be the “fault” of the male partner as much as it can be that of the female partner. However, whichever is the case it should be viewed as a collective problem of both and should be tackled as such with love and mutual support.

All hands should be on deck to address the often neglected problem of male infertility. And doing that we should all have at the back of our minds that the female partner is not always to “blame”.

There should not even be any throwing of blames by the way, as no one goes out of their way to knowingly court infertility. Shit just happens sometimes, and with no good reason.

So, don’t look at him as less of a man if he is infertile, be there for him the same way you would want him to be your rock if the tables were to be turned.

You may also like:Pulmonary Hypertension 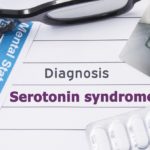