Internal bleeding can occur following a road traffic accident(RTA). In the scene of a road traffic accidents and any other major type of physical trauma, the focus is usually on external blood loss through ugly wounds. When there’s none of such, the victim, and in some cases, the [perhaps naive] healthcare provider, heaves a sigh of relief, stemming from this false sense of safety. However, the fact is that one can be bleeding without any evidence apparent externally.

More often than not, such internal bleeds may prove fatal if not addressed, and ON TIME. You see, the body is full of cavities– spaces, into which one can bleed “comfortably” up to the point of exsanguination (severe loss of blood). There are the thighs which can hold up to 1 to 2 litres of blood; the chest which can hold upwards of 2 litres of blood; and the abdomen which can hold more than 4 litres! One may not really understand the implication of such bleeds, and the consequence of delayed intervention until one understands the following facts;

How to recognize an ongoing internal bleeding

The presence of the following in an accident victim, with no evidence of external blood loss, should raise suspicion for a possible ongoing internal bleeding.

At The Accident Site, Or In Transit;

In The Hospital;In the hospital, all of the above plus the following:

These are features of acute blood loss. If they are present, and there’s no external evidence of bleeding; then the blood is going somewhere else! And one needs to find out where, and do something pretty fast.

Identifying the site or source of the internal bleeding.

To identify the source of bleeding, let PAIN guide you. Pain is usually the first pointer to the possible site into which the victim is bleeding. Understandably, the victim may be feeling pain at multiple sites, having had a major physical traumatic event. However, the focus should be on either of this three;

WHAT TO DO Following any accident.,

Whether the above is present, or not; whether there are other obvious injuries, or not; the right thing to do is to GO TO A HOSPITAL for a thorough review! 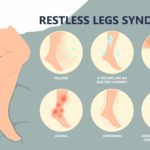