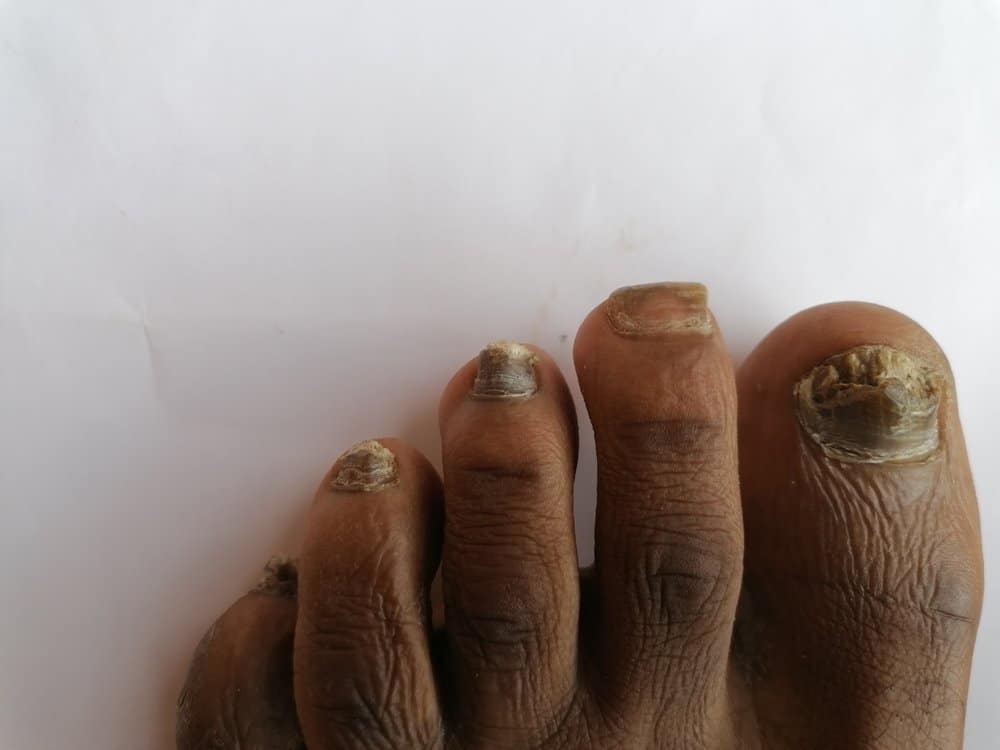 What is a fungal nail infection?

While this nail infection can appear on any part of the nail, it usually appears under the hard area of the nail (nail plate) on the nail bed.

Fungal nail usually first appears as a yellow or white spot under the tip and on the edge of the nail. It then spreads down to the base of the nail.

How does fungal nail infection occur?

Fungal nail infections are usually caused by increased growth of fungal spores that find their way to the skin under the nail bed and between toenails. These fungal spores feed of keratin in the nail or the skin.

Athlete’s foot which is another fungal infection of the skin between and under the toes can spread to the nails and cause nail infection.

The fungal organisms that cause nail infection are

People at risk of getting fungal nail infections?

A nail biopsy may be taken and sent out for analysis

Why is it important to have confirmed diagnosis?

It is important for the following reasons.

Treatment of fungal nail infection takes a long time. You may notice some improvements as the treatment starts working but it could take months to completely clear. This is because it takes months for toenails to grow out.

If you are diabetic, make sure you see your doctor or a foot specialist if you develop a fungal nail infection. This is because foot problems could be a complication of diabetes.

What treatment options are available?

These antifungal nail creams or paints are usually applied directly on the nail for several months. They may be used at the early stages of the infection. They are considered not to be as effective as antifungal tablets but may have fewer side effects.

It has been suggested the antifungal nails do not work as much as it is difficult for the cream to penetrate the deep layers of the nails. Using the nail softening cream before applying the cream may improve effectiveness.

The cream is applied on the infected nails to soften it. To use it, you have to apply the cream, cover for 24 hours then wash it off. You can then scrap off the already soften nail. Repeat this process everyday for two weeks then apply antifungal cream or paint to prevent reinfection.

These antifungal tablets take months before to completely clear. This is because it takes months for toenails to grow out. It also has a lot of unpleasant side effects

Laser treatment uses laser to destroy the fungus. The theory is that when laser can destroy fungus and its spores without destroying surrounding nail tissues if accurately directly to the infected tissue.

However, even though some laboratory evidence suggests laser can destroy fungus, clinical studies on humans are limited and there is not a lot of evidence of its effectiveness long term as most studies have only been conducted for three months.

How to prevent fungal nail?