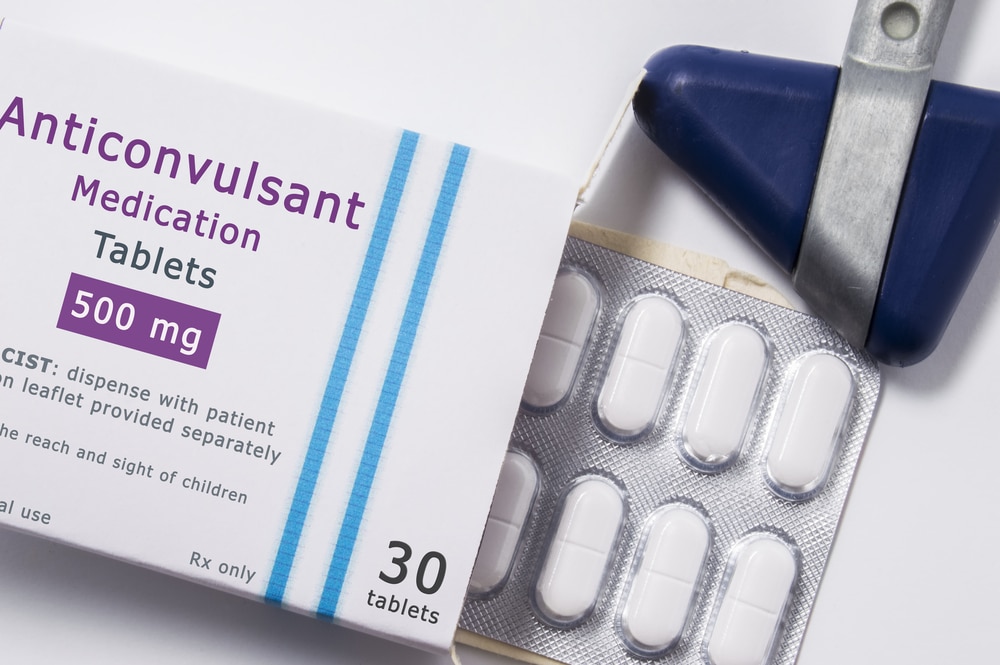 Non-pharmacological or non-drug treatment include cognitive-behavioural therapy (CBT), psychotherapy, music therapy, art therapy, exercise, and dietary modification. In addition to these, avoidance of seizure triggers and drug compliance are important aspects of the treatment. See the table below for a list of seizure precipitants in people with epilepsy.

A myriad of drugs for the treatment of epilepsy are available and choice of drug to be used is dependent on your gender, age, presence of other diseases (comorbidities)side effect profile of the drug, and availability (some drugs are not available in some countries).

Treatment of epilepsy does not cure the disease, rather controls the seizures because epilepsy is a chronic disease. There are some forms of epilepsy that may be ‘outgrown’ in children (ie they stop having the seizures at a certain age range). This will be explained further in subsequent sections.

Below is a list of antiepileptic drugs (AED) that may be used to control epilepsy. Some of these AEDs have two or more mechanisms of action.

Seizure precipitants in people with epilepsy

Drugs used for the treatment of epilepsy (antiepileptic drugs).

Carbamazepine: is a sodium channel blocker that acts by preventing the return of sodium channels to the active state (when there is an increase in sodium influx). The sodium channel is therefore stabilized in its inactive form and results in the reduced firing of neurons thereby limiting maximum seizure activity and spread. Carbamazepine is a first-line drug treatment for generalized tonic-clonic seizures as well as focal seizures but is not to be used in individuals who have myoclonic or absence seizures because it may exacerbate absence seizure and myoclonic seizures It has both oral preparations (tablets, syrup) and parenteral preparations. It is also used in the treatment of trigeminal neuralgias.

Oxcarbazepine: is a sodium channel blocker that acts by preventing the return of sodium channels to the active state (when there is an increase in sodium influx).it is a structural analogue of carbamazepine and inactivates sodium ion channels. Only oral preparation is available for now. Just like carbamazepine, it is also a  first-line drug treatment for generalized tonic-clonic seizures as well as focal seizures.

However, it has been found to exacerbate absence seizure and myoclonic seizures. It has fewer side effect profile compared to carbamazepine, however, it is more likely to cause hyponatremia than carbamazepine. Side effects of oxcarbazepine include drowsiness, headache and fatigue. Higher doses may be associated with nausea, vomiting, ataxia, blurred vision and diplopia.

Barbiturates- Examples are phenobarbital, hexobarbital. Phenobarbital is a gamma-aminobutyric acid (GABA) enhancer that acts by binding directly to GABA-A receptors and prolonging the opening of the associated chloride channels.it has both oral and parenteral preparations and it has excellent oral bioavailability. Phenobarbital is the first-line treatment of seizure in neonates and can be used in generalized tonic-clonic seizures and focal seizures.

It is however not effective in absence seizures. Its parenteral formulation is used in the management of status epilepticus. Its side effects include sedation, mood changes especially depression, tolerance and dependence, cardio-respiratory depression, CP450 inducer. Long term use of phenobarbital is associated with reduced bone density, frozen shoulder and Dupuytren’s contracture.it may cause hyperactivity in children.it is teratogenic if taken during pregnancy can cause cardiac malformations.

Benzodiazepines are GABA enhancers that bind directly to GABA-A receptors which leads to increased chloride influx into the cell thereby causing hyperpolarization and inhibition of seizure activity. Benzodiazepines are used as first-line treatment of status epilepticus in the parenteral forms (IV diazepam, IV lorazepam, IM midazolam), and as suppositories (diazepam).sublingual and nasal spray preparations are also available. They can also be used in generalized seizures. Sedation and dependence are the most common side effects.

It may be used in the management of the bipolar affective disorder. It is a sodium channel blocker and a GABA enhancer that acts by inhibiting the metabolism of GABA transaminase as well as increasing synthesis of GABA by glutamic acid decarboxylase (GAD) modulation. It has both oral and parenteral preparations.

Phenytoin has zero-order elimination which implies that a constant rate of the drug is eliminated. Common side effects include gingival hyperplasia, hirsutism, steven-Johnson syndrome, Discoid lupus erythematosus (DLE), ataxia, peripheral neuropathy and cardiorespiratory side effects. Long term use may cause megaloblastic anaemia, diplopia, and nystagmus. It is teratogenic, may cause fetal hydantoin syndrome if taken during pregnancy.

fosphenytoin: is a metabolite of phenytoin, also used as second-line drug treatment of status epilepticus. It is also a sodium channel blocker like phenytoin with zero-order elimination which implies that a constant rate of the drug is eliminated. Common side effects include gingival hyperplasia, hirsutism, steven-Johnson syndrome, Discoid lupus erythematosus (DLE), ataxia, peripheral neuropathy. It has less cardiorespiratory side effect compared to phenytoin. Long term use may cause megaloblastic anaemia, diplopia, and nystagmus.

Lamotrigine: is a sodium channel blocker that only has oral preparations available with excellent oral bioavailability. It is useful as a  first-line treatment for long term focal seizures. It can also be used as a second-line agent in the treatment of generalized and absence seizures.it is a broad-spectrum antiepileptic drug and can be used in Lennox-Gastaut syndrome.

Lamotrigine is also useful as a mood stabilizer. Common side effects include nausea, vomiting, headache, tremor and blurred vision. Rarely, it may cause skin rashes (exfoliative dermatitis, Steven-Johnson syndrome and toxic epidermal necrolysis).

Levetiracetam: is a synaptic vesicle protein 2A (SV2A) binding agent that reduces the release of neurotransmitters in neuronal hyperactivation state when it binds to SV2A. Levetiracetam is also a glutamate blocker that acts by blocking NMDA and kainate receptors which are both glutamate receptor subtypes. it has both oral and parenteral (intravenous) preparations. Levetiracetam is a broad-spectrum AED that is used in the treatment of focal, generalized and myoclonic epilepsy. Side effects include somnolence, dizziness, asthenia, and personality changes.

Lacosamide: is a sodium channel blocker that enhances the slow inactivation of sodium channels. It has both oral and parenteral preparations and is used in the treatment of focal seizures. side effects of lacosamide include headache, dizziness, nausea, vomiting, diplopia, fatigue, and sedation. It is also associated with dose-dependent cardiac abnormalities (prolonged P-R interval).

Zonisamide: is a calcium channel blocker that blocks T-type calcium channels. It is also a sodium channel blocker and a carbonic anhydrase inhibitor. Only oral preparations are available. It is used in focal seizures, generalized and absence seizures. Its side effects include sedation, dizziness, cognitive slowing, ataxia, nausea, weight loss, kidney stones and fatigue.

Topiramate: has four mechanisms of action. It is a glutamate blocker acts by blocking alpha-amino-3-hydroxy-5-methylisoxazole-4-propionic acid (AMPA) receptor and kainate receptor. It is also a carbonic anhydrase inhibitor, a GABA enhancer and a sodium channel blocker. Only oral preparations are available and it has a very good oral bioavailability.

It is a broad-spectrum antiepileptic drug therefore it is used in both focal and generalized tonic-clonic seizures but not effective in absence seizures. It is also used in the treatment of idiopathic intracranial hypertension and migraine prophylaxis. Side effects of topiramate include fatigue, dizziness ataxia, depression, weight loss, somnolence, glaucoma and kidney stones.it may also cause transient paraesthesias of the hands but this would usually resolve.

Ethosuximide: is a calcium channel blocker that acts by blocking T-type calcium currents. It is used specifically in absence seizures and has a very good oral bioavailability. Side effects are usually dose-related and include nausea, abdominal discomfort, vomiting, diarrhoea, dizziness and fatigue. Rarely, it may cause aplastic anaemia and autoimmune thyroiditis.

Gabapentin: is a calcium channel blocker that is only available as oral preparations and has a low bioavailability. Its bioavailability decreases with increasing doses because it has an active saturable transport system. It is used mostly as an adjunct in focal seizures and may worsen myoclonic seizures it is also used in post-herpetic neuralgia and polyneuropathies. Side effects of gabapentin include weight gain, leg swelling, dizziness, tiredness and ataxia.

Pregabalin: Just like gabapentin which it is structurally related to, pregabalin is a calcium channel blocker that acts by reducing calcium influx through the inhibition of T and L type voltage-gated calcium channels. It is used as an adjunct in long term therapy for focal seizures. It is also used in the treatment of neuropathic pain and generalized anxiety disorder. Side effects of pregabalin include nausea, ataxia, somnolence and increased appetite.

Primidone: its active metabolite is phenobarbital therefore it is also a gamma-aminobutyric acid (GABA) enhancer that acts by binding directly to GABA-A receptors and prolonging the opening of the associated chloride channels.it is only available as oral preparations and is used in the treatment of focal seizures and generalized tonic-clonic seizures.it is also used in the treatment of essential tremors. Side effects of primidone include drowsiness, nausea, vomiting, and ataxia.

Felbamate: Is a sodium channel blocker, N-methyl-D aspartate (NMDA) receptor antagonist and a GABA enhancer. Only oral preparation of felbamate is available and it has an excellent oral bioavailability. It is used in the treatment of both focal and generalized seizures.

Felbamate is a drug of choice in epilepsy syndromes characterized by multiple seizure types, particularly Lennox-Gastaut syndrome. Its side effects are gastrointestinal discomfort, nausea, vomiting, anorexia, weight loss, idiosyncratic aplastic anaemia and idiosyncratic hepatic failure. It is usually not used as a first-line treatment due to the potentially lethal adverse effect of aplastic anaemia and hepatic failure.

The following drugs are used in the treatment of seizures associated with epilepsy syndromes: