In 1997, before the “Vision 2020: Right To Sight” initiative of 1999, World Health Organisation (WHO) estimated that about 140 million children worldwide were blind, and that out of this lot, about 45% were due to avoidable causes.

What is Avoidable blindness?

Avoidable blindness was defined as “…[blindness that] results from the conditions that could have been prevented or controlled if the available knowledge and interventions had been timely applied (e.g. trachoma and river blindness); or [blindness that] can be successfully treated with the sight restored (e.g. cataract).”

The “Vision 2020: Right To Sight” initiative was launched in 1999 with the sole purpose of reducing drastically the incidence of avoidable blindness, especially in children.

21 years after this commendable initiative was launched, children are still getting blind unnecessary due to avoidable causes with resultant enormous social, economic, and psychological consequences.

About 2 months ago, I had a case of an HIV positive, a 6-year-old child with severe Protein Energy Malnutrition [kwashiorkor]. The mother had died shortly after giving birth to him and left him in the care of the father, who in turn left him with the aged grandmother whose best was just not enough.

With parental negligence and the background of HIV infection, one does not need a soothsayer to know why the child developed kwashiorkor.

On presentation, the legs were swollen, the abdomen distended, the skin was flaky, he was uninterested in his environment, having diarrhoea, and also septic, coughing and running a high temperature. Finance was a major challenge, but we were able to source for funds to facilitate treatment.

As at the time of discharge from the hospital, the boy was out of the woods: sepsis had resolved, body swelling going down, skin looking better, and he was beginning to take interest in his environment again. But he still needed a lot of nutritional rehabilitation and emotional stimulation.

Also, because of the fact that he was malnourished, and has had diarrhoea for a long time, we counselled the father on the need for Vitamin A supplementation both in the form of drugs [duly prescribed], and food materials.

As at one week follow-up visit, the boy was doing so well the leg swelling had completely resolved, and he could be engaged reasonably in a play. We were all happy. But after that they stopped coming for follow up visits.

Fast forward to some 6 weeks later, he was brought to the hospital with a 4 day history of redness of the white of the eyes, clouding of the black of the eyes, and inability to see properly.

On examination, he had hyperaemia and dryness of both eyes, scarring of both corneas, complete loss of vision on the right eye, and reduced vision on the other eye. Guess what? The Vitamin A was never bought, and the nutritional regimen for vitamin A supplementation was not followed as directed!

So the diagnosis was Bilateral Keratomalacia with right mono-ocular blindness [? Vitamin A deficiency] in a malnourished, HIV positive child.

Most cases of avoidable, or preventable childhood blindness are due to Vitamin A related causes, either on its own, or on a background of measles. It is not surprising then why prevention aimed at both are part of the routine immunization for children according to the NPI schedule.

Other causes of preventable childhood blindness include penetrating eye injuries, cataract, trachoma, river blindness, retinopathy of prematurity, refractive errors, etc. Bearing these in mind, below are some of the preventive measures for childhood blindness. 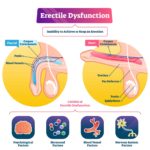