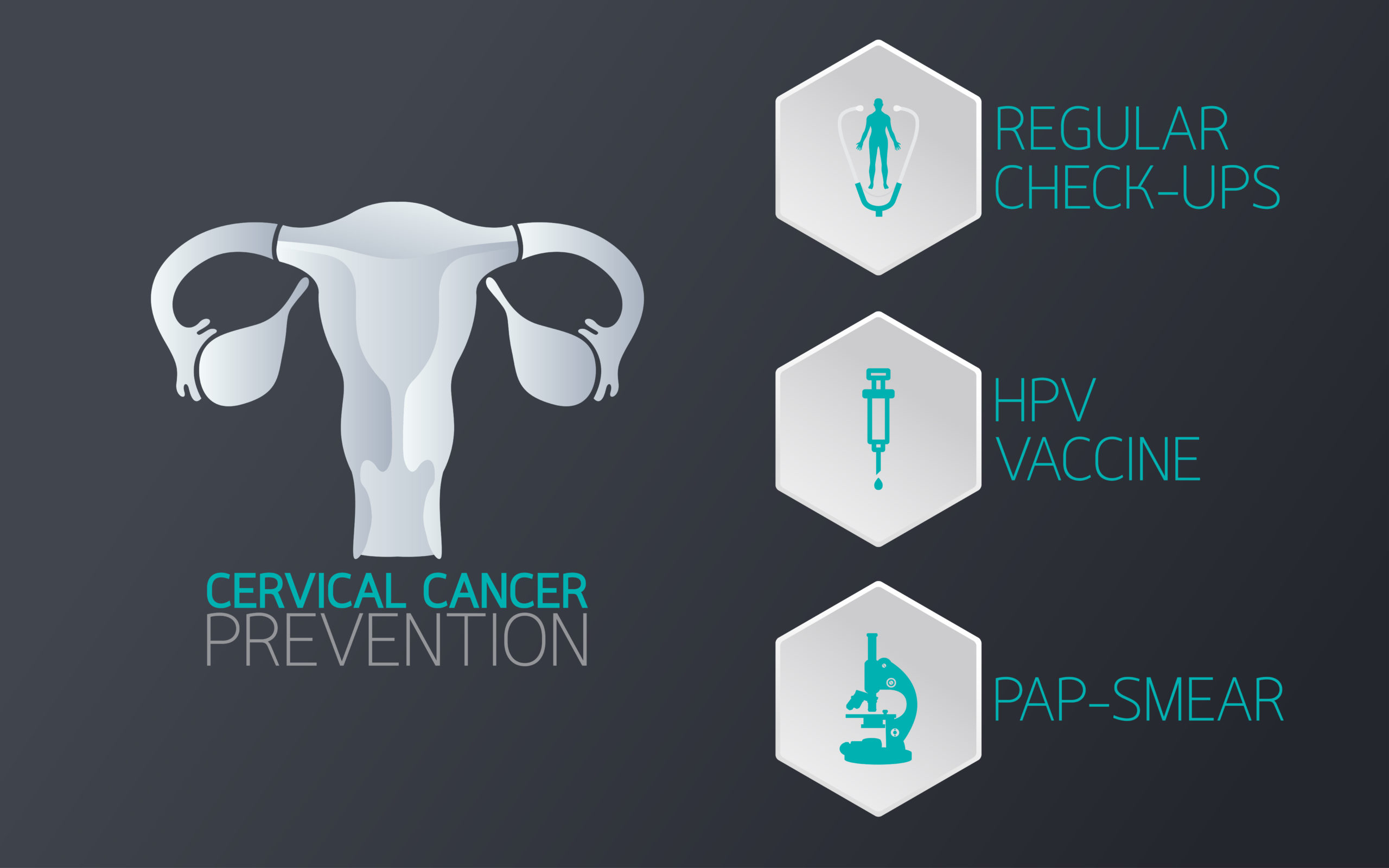 Cervical Cancer is malignancy affecting the cervix, which is the outermost part of the womb, otherwise called the “mouth” of the womb. It arises when the normal cells lining the cervix undergoes malignant transformation and multiplies uncontrollably, acquiring the tendency to erode and invade surrounding tissues, and the ability to spread to distant sites of the body.

It is about the second most common gynaecological cancer (second only to breast cancer), and a leading cause of cancer deaths in women in the developing world, Nigeria inclusive.

The silver lining to Cancer of the Cervix however is that it is preventable. Hence the aim of this article is to create awareness about the avoidable risk factors, and other preventable measures including immunization, and most importantly, screening to detect the earliest stages.

It is important to note that not all genital tract HPV infection would progress to Cervical cancer. Progression to cancer, among other things (see risk factors]), depends on the duration of the infection and the serotype of HPV responsible for such infections.

Most HPV infections may be cleared from the body within 2 years of infection, with or without treatment, and may not pose any significant risk. However, due to certain host factor reasons (see risk factors), some may persist longer posing a significant risk for cervical cancer.

Progression of genital tract HPV infection to cancer also depends on the serotype: some serotypes of HPV– such as serotypes 6 and 11, are benign and causes only non-cancerous skin manifestations like Condylomata acuminatum (genital warts); while others, such as serotypes 16 and 18, are notorious for inciting cancerous changes.

Most of the major risk factors for Ca Cervix are actually risk factors for acquiring HPV infection, which is generally indulging in unprotected peno-vaginal [penis-to-vagina] sexual intercourse. However, there are other risk factors, which are independent of HPV.

NOTE that risk factors are just what they are, namely risks — the presence of which increases the likelihood of a disease; it does not automatically translate to said disease.

Ca Cervix in its early stages is basically asymptomatic– without symptoms. The presence of symptoms, even the slightest ones, may be an evidence of an already advanced disease.

This is the reason why routine screening is especially important for early detection to aid secondary prevention, as waiting till the appearance of symptoms may be too late.

The symptoms of Ca Cervix are as follows:

Please note that some of these symptoms may be present in other diseases. For instance, post-coital bleeding may be seen in cervicitis.

These are numerous depending on the complications present. But the commoner ones include:

The possible complications are numerous depending on the parts of the body the cancer spreads to. The earlier complications, which are due to erosion into surrounding structures, however, includes the following:

The popular saying, “prevention is better than cure,” while true for all diseases, holds more water in the setting of malignancies, most of which are incurable. Even when curable, the treatment process itself– chemotherapy or radiotherapy, is nothing anyone would like to experience.

Cervical cancer is one of those cancers that is almost 100% preventable. Primary prevention could be achieved by means of avoiding the major risk factors, and immunization against the causative organism, HPV. This should be followed up immediately by the secondary preventive measures which, by means of screening, aims to detect the earliest stages of the disease, including non cancerous changes that precedes the malignant transformation.

Primary prevention entails taking measures that would not give room for the disease to develop in the first place. For Cervical cancer, the primary preventive measures (for the purpose of this discussion) could be divided into “life style modifications,” and “immunization against HPV.”

Generally, the life style changes used as preventive measures for Cancer of the cervix are the same for STIs. This is so as the causative organism– HPV, is sexually transmitted. The “ABC of Prevention” mnemonic comes in handy here:

Immunization against HPV, the causative organism for Ca Cervix, could go a long way to minimize the risk of cervical cancer by preventing persistent infection of the genital tract by malignant serotypes of the virus.

There are two Vaccines approved for the prevention of HPV infection. These are Cervarix [HPV2] and Gardasil [HPV4].

Either of these vaccines can be used as both are equally effective. Whichever of the two is used, the dosing schedule is the same:

Secondary prevention entails SCREENING in order to detect the disease in its earliest forms so that measures could be taken on time to prevent progression.

This is different from primary prevention in that the disease process has already set in. Thus, secondary prevention only aims to stall it from progressing to more sinister stages.

The importance of screening for cervical cancer

Cervical cancer, unlike most cancers, is unique in the sense that it undergoes a series of changes– dysplasia, and varying degrees of “harmless” neoplasic changes– before it progresses to cancer proper. And this could take years! Did you even get that? It takes YEARS! Meaning it gives you time to discover it and take decisive measures.

The icing on this already sumptuous cake is that these changes can be observed by various screening methods. Thus, routine screening for cervical cancer could pick them up in their earliest, most benign forms, and appropriate measures would be taken to EFFECT CURE (yes you heard right; CURE!) even before symptoms starts appearing.

Suffice it to say that with diligent screening and best practices, no woman should come down with advanced cancer of the cervix. No woman!

The methods of screening available for Ca Cervix are as follows:

This is the most popular of the screening methods. It involves using a wooden spatula to collect a specimen of cervical fluid [just like collecting a high vaginal swab] which is then analysed in a lab using microscope to study the cells.

The screening schedule recommended by the American Cancer Society is as follows:

The treatment of Ca Cervix depends on the stage. The particular treatment modality best for an index case should be a discussion between the patient and her gynaecologist.

However, suffice it to say that earlier stages or completely amenable to varying degrees of surgery, some of which may be minor and minimally invasive; middle stages may require major surgeries in combination with chemotherapy or radiotherapy; while the most advanced cases may require chemotherapy alone.

Cervical cancer is a chronic debilitating illness that could be terminal if left to progress to the advanced stages. Chances of cure depends on the stage at which it is detected, with advanced disease with distant metastasis having the most bleak of outcomes.

When preventive measures fail, early detection becomes the key to successful management of cervical cancer and increases the chances of cure exponentially.

To this end therefore, women are encouraged to be carrying out routine screening according to the standard recommendations. Play safe. Get immunized. Get screened. Say goodbye to Ca Cervix.

While a foul-smelling vaginal discharge, in a woman of child-bearing age, is most likely of infective origin, in post-menopausal women, especially elderly ones, it could be suggestive of malignancies, especially cervical cancer [Ca Cervix].

With the cancer eating deep into surrounding tissues, they become necrotic, providing a perfect nidus for a range of microbes, with resultant foul-smelling discharges.

Foul-smelling discharges in the elderly could be a pointer to an underlying malignancy, and as such, a review of vaginal discharge in that age group should ALWAYS go beyond screening for Infective causes. 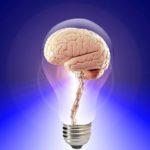 Table of Contents Who is the minister for health in Nigeria?Where is the address of the Ministry of Health Nigeria?Departments within the ministry Food and Drugs ServicesHospital ServicesTrauma/medical emergency response…