Carbon monoxide poisoning is a risk many Nigerian face due to the common use of portable power generators because of the inadequate electric supply in the country. However, a lot of people including healthcare workers in Nigeria do not appreciate this risk. There is need for an awareness campaign on dangers posed by power generators in Nigeria and Medic drive is taking the lead in this awareness campaign.

What is carbon monoxide?

Carbon monoxide is a silent killer as it is poisonous even though you cannot taste or smell it. CO is produced by the incomplete combustion of hydrocarbon fuels that are used in gasoline engines which power many appliances in the home.

There have been many reported cases of deaths caused by carbon monoxide in Nigeria. In the Obajana area of Kogi State the decomposing bodies of a man, his wife and two children were discovered at their home. Their death was suspected to have caused by the by fumes from a electric generator mounted inside the house. Three people have been were reported to have died in Benin as a result of inhaling generator fumes after they were found dead by the occupants of the adjoining flat. Another family of a man, wife and their four children were found dead in their apartment in Rumuosi community in Rivers State.

Where is CO found

Carbon monoxide can be found in the fumes produced by

Carbon monoxide is a silent killer. It is a colourless, odourless, non-irritating and poisonous.

How does carbon monoxide cause harm?

The symptoms of carbon monoxide poisoning include:

How to prevent CO poisoning in your home

Carbon monoxide can kill the person while sleeping. This is why it is important to keep the home safe.

You can prevent harm and death caused by CO poisoning by having carbon monoxide detectors or alarms in your home. This will alert you if there is carbon monoxide in the air. Always buy these alarms from reputable sellers whose alarms are certified by a testing laboratory . You do not want an alarm that cannot alert you of the presence of CO. Follow the installation process and replace the batteries twice a year. Remember to test the alarm at least once a month.

Where should carbon monoxide detectors be placed?

As carbon monoxide is a little lighter than air and because it may be found together with warm, rising air, carbon monoxide detector alarms should be placed on a wall or ceiling that is about 5 feet above the floor.

If possible, use a separate detector on each floor. However, if you can afford only one detector, then keep it in rooms where you sleep and make sure the alarm is loud enough to wake you up.

My Carbon Monoxide detector is bleeping. What should I do? 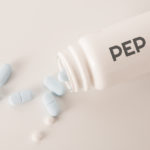 Table of Contents What is HIV?What is post exposure prophylaxisWho needs HIV PEP?Where to get HIV PEP in Nigeria?What drugs are in the HIV PEP? In this post, you will… 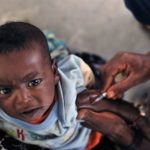