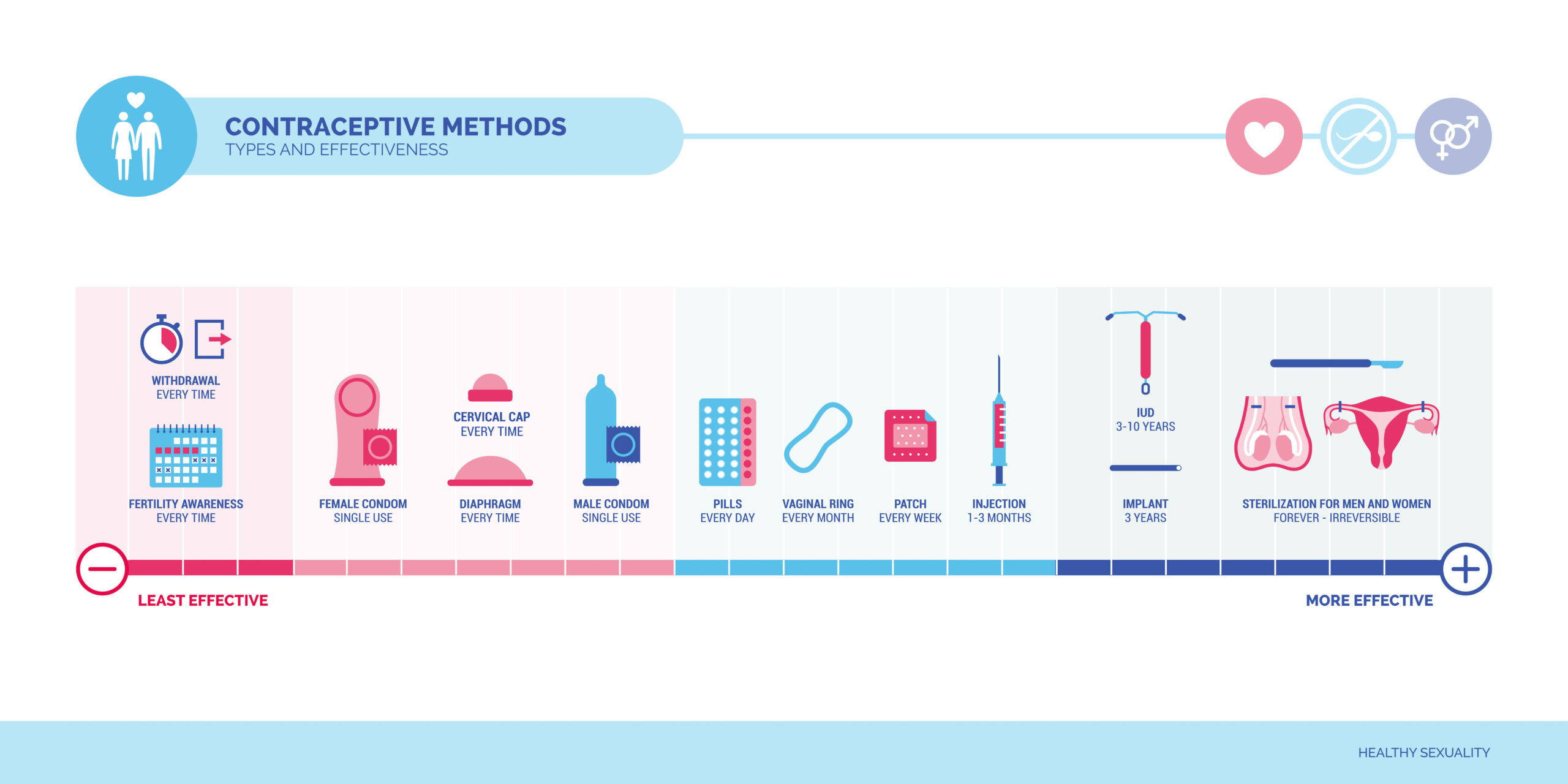 What is birth control?

Birth control is also known as contraceptives and is referred to as any action, both natural or through the use of medicine, or equipment that is used to prevent pregnancy. There are different birth control methods available for use. The choice of contraceptive to use should be made by you and your healthcare professional.

How does birth control work?

The different types of contraceptives are further explained in the different sections. Click on them to take you to where you can read about each of them in details.

Oestrogen and progestogen are both female hormones that are usually produced naturally by the ovaries. you have a higher than normal levels of these hormones, your ovaries do not release eggs which means fertilization does not occur. Progestogen also modifies the cervical mucus in such a way that it becomes thick and sticky, which makes it harder for the sperm to get to uterus.

When healthcare professional talk about the effectiveness of birth control, they typically talk about the rates when used in the way it should (perfectly or ideally) and designed to be used or the normal way people are more likely to use it (typically). As humans are not perfect, the typical way takes that into account.

Side effects of Birth Control (Contraceptives)

Where to get Contraceptives in Nigeria

Marie stopes has clinics in Benin, Lagos and Abuja where they offer a good range of contraceptives’ can visit their websites and also contact them for your contraceptive needs.