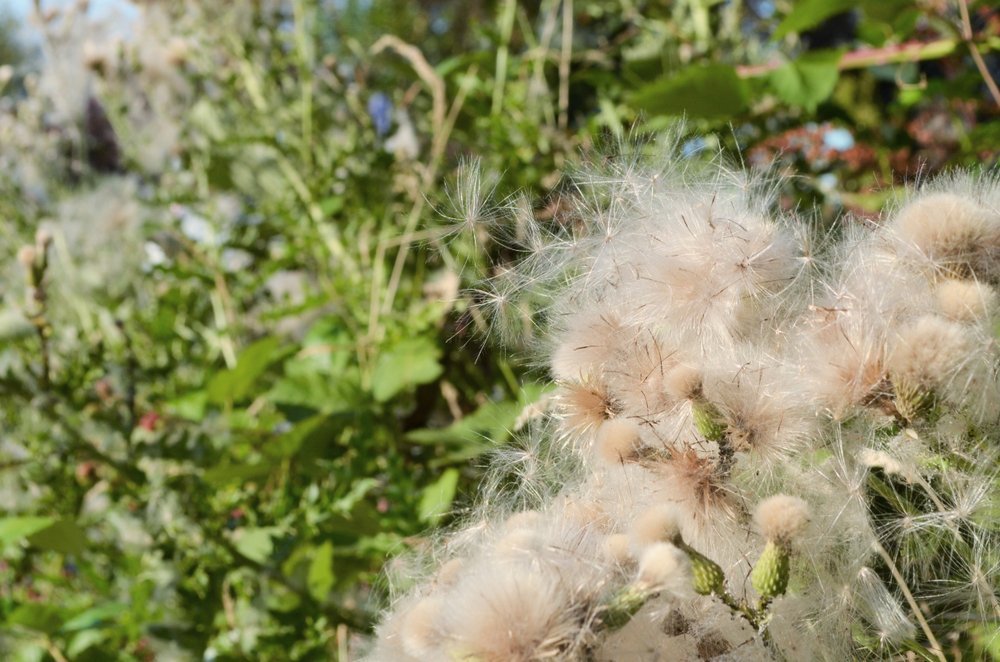 What are asthma triggers?

People with asthma have their personal set of triggers – it may be one or a mix of different asthma triggers.

You may sometimes react worse to your known trigger than you usually do. This may be because the sensitivity in your airways varies from time to time or because your symptoms are being brought about by multiple known asthma triggers at the same time.

How to find out what your asthma triggers are?

It is sometimes easy to tell what your asthma triggers are, for example, when your asthma symptoms start shortly after spending time with friends who are smoking. Other times it’s difficult to tell, for example, if your symptoms don’t start immediately after encountering your trigger because of delayed reaction or maybe because you can’t see your trigger e.g. if you trigger is dust mites. Keeping a diary of when symptoms occurred and things you have done around that period may help you spot a pattern and find out your asthma trigger.

Below is the list of 18 things that can bring on your asthma.

People with asthma who also have a food allergy are at more risk of having a life-threatening asthma attack. While people with asthma are advised to follow a healthy diet, a small number have problem with eating some foods that may trigger their asthma symptoms. Hence, they need to be careful with the foods they eat and completely stay away from foods that trigger their asthma.

Most food allergies start in childhood, even though some can be developed from adulthood. Let your doctor know if you suspect food might be one of your asthma triggers. Your doctor may;

While people can develop an allergy towards any kind of food, certain foods are known to be associated with allergies. Common food allergens include:

Sulphites are used as preservatives to prevent browning and discolouration in some foods or drinks. Sulphites have also been used in winemaking to stop continued fermentation for centuries. You can read more about sulphites here

Spirits are thought to be more ‘asthma friendly’ because they do not have as much histamine and sulphite.

Research shows a link between strong emotions and worsening asthma symptoms. Grief, depression and panic attacks have been linked to asthma symptoms.  It is not only negative emotions that trigger asthma symptoms. According to Global Initiative for Asthma (GINA) laughter is a main asthma trigger. A study by the American Thoracic Society also showed that half of the study participants found their asthma to be triggered by laughter.

Your risk of getting your asthma triggered is greatest when your emotions are strongest. This could be when you are stressed or excited about something.

You are more likely to have asthma symptoms triggered by your emotions if your asthma is flaring up, you are a child, teenager or a woman.

Try to remain calm and take deep breathes slowly when angry, upset or stressed. Stress induced asthma attack can be reduced by good stress management. Mindful breathing and observation have been shown by studies to help reduce stress.

Stress can trigger or worsen asthma symptoms. There are many reasons people get stressed, but it is important to keep an eye on our stress levels. Remember to also have good sleep and diet as poor sleep and bad diet can worsen the problem.

Stress may cause panic attacks. A panic attack is a period of sudden and intense fear. It triggers the release of a hormone called adrenaline in our bodies. This hormone can help us either flee or fight a danger and this response is popularly referred to as the ‘fight or flight’ response. You also experience symptoms like tense muscles, fast heart rate, fast and shallow breathing. This increases your risk of getting your usual asthma symptoms.

Dust mites are tiny creatures that can’t be seen with the naked eye. They eat human skin cells and live in bedding, cushions, pillows, clothes, soft furnishings, curtains, soft toys and carpets. When you hear people say that they are ‘allergic to dust’ they most often are allergic to a specific digestive enzyme mainly found in dust mite droppings.  Dust mite allergy can trigger asthma symptoms.

Symptoms you may notice include:

Over half of people with asthma say that smoking can trigger their asthma. Breathing in smoke from other people smoking (known as second-hand smoke or passive smoking) can also trigger your asthma or even make you have an asthma attack. Smoking also worsens asthma in the long run as it causes permanent damage to the lungs. The smoke that triggers asthma can be from pipes, shisha, cigars and cigarettes that are rolled by hand.

Hormones are chemical messengers that travel in the bloodstream. They carry messages or signals to different parts of the body to exert their functions. You can read more about hormones here. The female hormones like luteinising hormone (LH), follicle-stimulating hormone (FSH) progesterone and oestrogen play important roles during menopause, periods, puberty, pregnancy and labour.

According to research, girls and women with asthma observe a change in asthma symptoms. Some women observe worsening symptoms just before and during menopause and periods. More girls than boys have asthma during puberty even though more boys have asthma before puberty. Some women first develop asthma during pregnancy. Those who already have asthma may have improved, worsening or no changes to their asthma symptoms during pregnancy.

Taking recreational drugs can trigger asthma symptoms as drugs can cause stress, anxiety and depression, which have all been linked to triggering asthma symptoms. Evidence suggests that those who take drugs are less likely to take their asthma medication as prescribed. Not taking your asthma medication as prescribed can lead to an increased risk of having a life-threatening asthma attack.

While a lot of people think the fur and/or hair of the animals is the culprit of the allergy, people who are allergic to animals are actually allergic to the proteins present in the animal’s  saliva, urine, dander (flakes of skin) or feather dust which is the smooth particles from the bird feathers.

When exercise triggers your asthma

You can do exercise when your asthma is well managed. Evidence suggests that exercising improves asthma. Some people who have asthma get asthma symptoms when they exercise. You can get asthma attacks if these symptoms are not treated.

When you exercise, your pulse rate becomes faster and you breathe quicker and also through the mouth. This means breathing in colder and drier air into the lungs. This may cause the airways to become narrower and trigger asthma symptoms.

Hay fever is caused by allergens. An allergen is foreign substance that invades/enters your body through your skin, swallowing or through inhalation.  In hay fever, the allergens are airborne which enter your airways through breathing.

When these allergens get into your airway, the white blood cells of your immune system produce antibodies against these substances. This process where your body overreacts to a harmless substance is referred to as hypersensitivity reaction.

The antibody your body produces is called immunoglobulin E (IgE). It is stored on special cells called mast cells. When these antibodies encounter the antigens, chemicals and hormones called mediators are released. One of such mediators is called histamine.

The most common allergens in hay fever are pollens.  Pollen grains are fine to coarse powdery substances released from certain plant species.

The other very common hay fever allergen is moulds. Moulds and fungi release spores into the air and some people are allergic to these spores. These spores can also trigger asthma symptoms. The number of spores indoors increase when temperature increases.

If you are allergic to spores from moulds or fungi, then try and get rid of any mould because if you breathe in mould or fungi spores, your immune system may over-react and cause you to sneeze, cough or have watery eyes.

Mould may be green, blue, black, white or yellow in colour with a musty or stale smell. It thrives in damp areas like bathroom or in places where food is prepared or stored. The spores from mould and fungi are not visible so to avoid the spores, you must avoid or get rid of mould and fungi altogether.

When sex triggers your asthma symptoms

Sex like other exercises can be an asthma trigger but with good asthma control, you can still maintain a good sex life. When you have sex like other exercises, your pulse rate becomes faster and you breathe quicker and through the mouth. This means breathing in colder and drier air into the lungs. This may cause the airways to become narrower and trigger asthma symptoms. Also having sex may include feeling more emotion and emotion can trigger asthma symptoms.

If you experience asthma symptoms while having sex, you need to be honest and tell your partner when need to stop and use your reliever inhaler. Always Keep it close by whenever you have sex.

Asthma symptoms can be triggered by sudden change in weather.

Hot weather can cause some people to experience more asthma symptoms. While it is not clear how this happens, some people think it’s because breathing in hot air narrows the airways to narrow, which then causes increased asthma symptoms like shortness of breath.

Thunderstorms can trigger asthma symptoms and attacks. Thunderstorm asthma is triggered when a lot of small pollen allergen particles is released into the air with fast changes in wind, temperature and humidity. It is not clear how this happens, but people think it is because when it rains or is humid, pollen grains absorb moisture, bursts open and release smaller pollen allergens that enter the small airways of the lungs and trigger asthma symptoms or attack.

The pollen grains are spread by wind and strong winds can spread pollen grains over long distances. Whole pollens that are intact usually gets trapped in the upper airways and do not reach the lungs, but smaller pollen allergen particles get deeper into the small airways of the lungs and trigger asthma symptoms or attacks.

Colds and flu are asthma triggers

Colds and flu can trigger asthma symptoms. When you have a flu or cold, your airways become more inflamed. This inflammation can cause less air to get through and make it harder for you to breathe. This can trigger your asthma.

People with asthma are more likely to get chest infections than in people without asthma. Chest infections can make asthma symptoms worse because it causes the airways to be inflamed.

Asthma and chest infection both cause the airways to become inflamed so getting both will lead to much more inflammation which can trigger asthma symptoms or attacks.

When the air is polluted, you breathe in harmful substances, and if you have asthma, you’re more likely to feel the effects because pollutants like particles present in smoke from wood, fumes from diesel, soot and dust can reach and irritate the airways and trigger asthma symptoms.