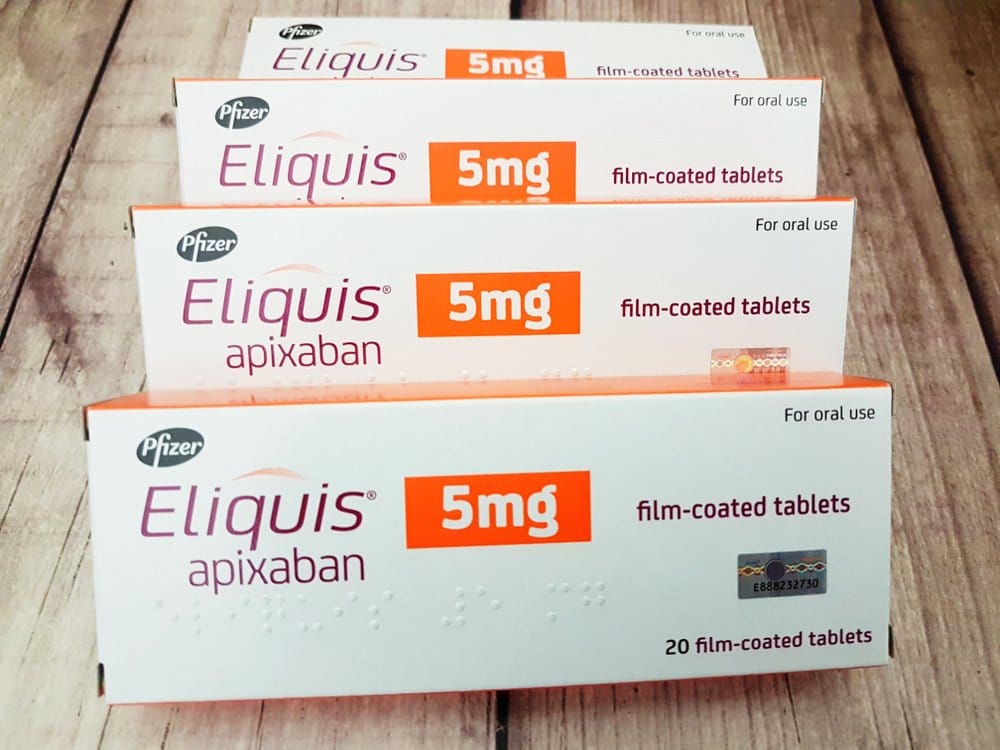 What is Apixaban used for?

Apixaban brand name is called Eliquis and is used to;

Your dose does not usually need to be amended if you have mild to moderate renal impairment.

You should not usually be prescribed Apixaban if your kidneys are not working very well with creatinine clearance (CrCl) of less than 15 mL/minute.

If you are an adult that has atrial fibrillation (AF) and taking Apixaban to prevent stroke and blood clot and you meet two of the following criteria, your dose will usually be reduced to 2.5mg twice daily

Side effects of Apixaban

Bleeding is the most common adverse effect of apixaban.

Other adverse effects are nausea, bruising, and anaemia.

Do not take over-the-counter medicines such as non-steroidal anti-inflammatory drugs (NSAIDs) like Ibuprofen and aspirin as there is increased risk of bleeding when these medications are taken together with apixaban.

Andexxa is the first and only specific reversal agent for apixaban.

Apixaban is not suitable for some people. Those people include those who

Switching from warfarin to apixaban

To switch from warfarin to apixaban, your doctor will usually advise you when to stop taking warfarin a few days before you start apixaban.

You will then have your international normalised ratio (INR) checked. This is a blood test used to check how quickly your blood’s clotting. This helps your doctor decide when its best to start taking apixaban.

Switching from apixaban to warfarin

To switch from apixaban to warfarin, you may need to take both medicines together for a few days.

You will then have your international normalised ratio (INR) checked. This is a blood test used to check how quickly your blood’s clotting. This helps your doctor decide when its best to stop taking apixaban.

Switching from apixaban to edoxaban, dabigatran or rivaroxaban

Switching from dabigatran, edoxaban, rivaroxaban or to apixaban: